Whether you have never been to Orlando or already reside there, you are sure to appreciate the history and offerings that this warm metropolitan area has to offer. Not only is it a popular place to live, it is also one of the most visited cities in the world. In fact, many people find that traveling there on occasion is insufficient, choosing to relocate to benefit all year from the opportunities there.

The history of the city extends back to pre-colonization times, with the first European settlers arriving in the mid-1500’s. It underwent a few different name changes before Orlando was finally chosen as the permanent title of the city. While some believe the choice was related to the Shakespearean character bearing the same name, others attribute it to a soldier.

The inland city has good weather throughout the year, which caused continual increases in both the number of visitors and residents. However, the big boom for the area began in the mid 1960’s when Walt Disney chose Orlando as the site for his second theme park, the first of which was already well established in Southern California.

The clever entrepreneur was able to grab a considerable chunk of land for this project, giving him and the company far greater flexibility and control than existed at the California location. The new park opened in autumn of 1971, and was about to change the game in Florida tourism. 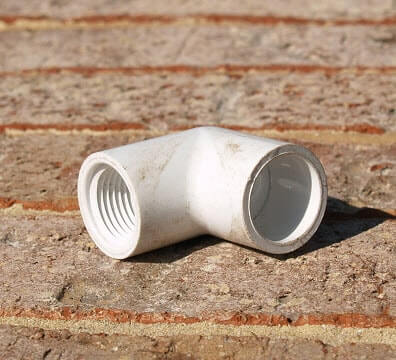 The city itself is home to almost 250,000 people, according to the latest census data. Just over forty percent of the residents are Caucasian. Another fifty percent is divided between Hispanic/Latino and African-American, with slightly more Latinos. The remainder of the population hails from around the globe, including distant Asian lands. In fact, just under one-third of the residents speak a language other than English at home.

However, the real excitement about Orlando relates to the vast number of attractions that are in the city itself as well as those near it. Whether you are interested in hitting every theme park in Florida, relaxing on the beach, or enjoying world-class entertainment, Orlando is a great place to live.

The first of the theme parks, Disney World, was a huge success, both for Walt Disney’s production company and the City of Orlando. While the original Disney attracted many visitors from the west, few had traveled the distance from the east coast. Since the vast majority of US residents lived on the eastern seaboard states, that was a large untapped market and Disney provided just what folks needed for their family vacations when the weather at home became inhospitable.

Others soon caught onto the theme park bandwagon, and today more than a dozen are found within the Greater Orlando area alone. Disney itself has added attractions such as the Magic Kingdom, Epcot and the newest, Disney’s Animal Kingdom. In addition to well-known SeaWorld Orlando, and Universal Studios, you can visit a theme park dedicated to gators and related animals. In fact, the park itself is named Gatorland.

While some of these parks are in outlying cities, you can easily get to them all from Orlando. For instance, Legoland Florida is located in Winter Haven, just a short drive away. This site was originally a botanical garden, and the folks at Lego kept some of the floral decor while bringing in their own attractions. Several rides and shows are available at this particular park, which even has a Duplo Village!

Of course, not everyone is interested in theme parks. After all, you can’t spend all of your days going to these exciting entertainment venues. However, that doesn’t mean that you are without plenty to do.

Orlando itself is also home to museums and entertainment halls that attract all kinds of global attention. The museums in Orlando are able to present exhibits from various locations on the globe. The high level of visibility is good for them, the donors and the reputation of the artists whose works are displayed. You can check out the Mennello Museum of American Art as well for an incredible view of American history as seen by the eyes of artists.

The Cornell Fine Arts Museum is located in Winter Park, just north of Orlando, while the Orlando Museum of Art is located in the downtown area. Near the Florida Mall, you can visit the Bronze Kingdom, African Art Gallery. The incredible bronze displays are truly a sight to behold!

In nearby Seminole County, you can find Art & History Museums – Maitland. There are some beautiful water displays and floral displays outside that will take your breath away!

For those who are interested in modernism, Mount Dora has a Modernism Museum that will show you a unique view of the furnishings and other art that has developed as part of the modernism movement.

If you are new to the area, stop in Kissimmee to check out the Osceola County Welcome Center, History Museum and Pioneer Village. This one-stop shop will allow you to find out more not only about the history of the area, but also about the other opportunities for world-class entertainment that are all around you.

In addition, the City of Orlando has great venues for entertainers of all sorts. Artists and bands of all sizes visit the area in order to please their fans. Whether the band has a following in the area of a few hundred or has multi-platinum status in virtually every country in the world, there is a venue for them here in Orlando.

The types of entertainers that play in Orlando are equally diverse, including techno pop, heavy metal sub-genres and Top 40 bands alike. You can also find smaller groups that are presenting tunes from back in the 50’s and 60’s. Unique entertainers who are developing their own styles are able to practice their skills and perfect their form without worries of being judged or chased away. The folks in Orlando often enjoy the variation and hearing something new.

Because of the warm weather and sub-tropical climate year-round, the county and surrounding counties have multiple professionally maintained gardens that you can enjoy. The blooming flowers and array of greens that are visible in this displays are truly magnificent and something you really need to see in person to fully appreciate them.

Although Orlando is inland, that doesn’t mean that you are far away from the beach. In fact, if you look at a map of Florida you will see that virtually nowhere is very far from a sandy beach. You can quickly hop onto I-4 and head east to find yourself looking at the Atlantic Ocean for yourself. If you are interested in driving a bit further, you can also visit the Gulf of Mexico and the beaches that line it. In either case, you will be close enough to make a day trip of it.

Orlando is also a popular location for conferences. Businesses of all kinds have conferences at least once each year, with many industries hosting a wide array of conferences throughout the year. Because of the nice weather in the city, it is a great location, particularly in the winter when northern cities are inhospitable. Most people enjoy getting away from the daily grind of driving through snow during their commute and having the opportunity to soak up some of the tropical heat.

The convention centers that dot the city are not only used by companies based in the US, many of them see numerous events with corporate sponsors extending into far reaching countries. The popularity and addition entertainment opportunities are among the reasons that companies opt for the city. After all, during your free time you want to be able to enjoy the local attractions.

If you are interested in visiting Orlando or moving to the bustling metropolitan center, you can find out plenty more about this magical place on the internet. The city itself has a great website that will inform you about the opportunities. In fact, you can even ask for a visitor or relocation packet from the city that will provide you with a better view of what to expect when you get there.

Additionally, you can use the web to check out the websites of the various venues you are considering visiting. This way you can see what types of discounts or specials that you might be able to qualify for. As an example, Disney provides discounted rates for people who live in the state. Wait until you have transferred your driver’s license to Florida before you visit, and save yourself some cash!

As you can see, Orlando has a lot going on. Enjoy as much as you can, but give yourself the opportunity to kick back and relax sometime. With so much to do, it can be difficult to forget that simply soaking in the rays and enjoying the fresh air can often be quite rejuvenating. If you need a bit more, you can always check out one of the spas in Orlando!